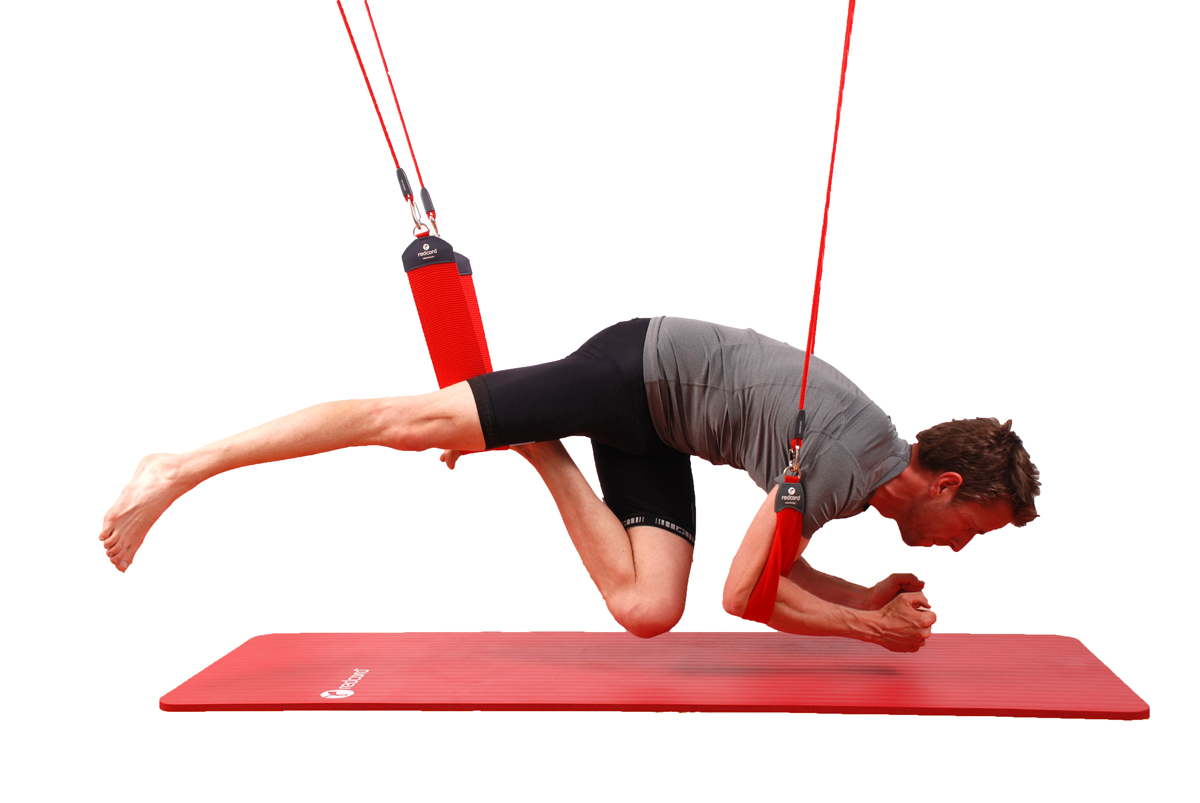 Let me start right off by saying that I’m not one to call attention to myself, or to toot my own horn. In fact, I've been known to not even tell my co-workers that it’s my birthday. This should give you an idea of how difficult it is for me to write about one of the best kept secrets in professional sports. But I simply cannot hold back this information any longer. It's not about boasting; rather it's about educating and helping others. After all, that's why I became a physical therapist in the first place.

Let’s begin with how we got involved with the Washington Capitals and Nationals. The year was 2012 and we were having great success at Activcore working with Princeton University's field hockey team. They were reporting a significant decrease in injury rates among the female athletes. We knew that our methods could help other types of hockey players out there, but we didn't have any real connections into professional ice hockey. So our strategy was to reach out to as many NHL strength coaches as possible, offering a free Redcord home suspension device if they simply responded to our email.

The Capitals was the first (and I believe the only) one to bite. As promised, we shipped out the red ropes to them. A few weeks later we received a call from the head strength coach asking, “How the hell do you use this thing?!!!”

The next thing I knew I was driving nearly 4 hours from Princeton, New Jersey down to the Washington Cap's hockey training center. This was very exciting for me, as getting involved in professional sports was something I had always dreamed of as a physical therapist.

I got there and showed the athletic training staff how to hang it up. I then explained the science behind the equipment, and gave them some instructions on a few exercises to get them started. I even got the chance to work with a player who was suffering from a sports hernia (athletic pubalgia). This is a common nagging injury in hockey. The player wasn't able to lunge without having pain. Together, we tested his deep core control through a simple exercise, called Kneeling Lumbar Setting. Then we had him lunge again afterwards and he was pain-free for the first time in months!

Right at that moment, I knew we were onto something. I also knew that all professional sports teams (at least NHL teams) should probably have someone trained just like me in every locker room.

Next, we began taking regular trips down to our nation's capital to get the team set up with the full workstation and educational track. We showed them how to take their players through our "weak link" testing protocol to help identify muscle imbalances that were holding them back from performing at an optimal level. Sometimes the staff would even come up to visit us at Activcore in Princeton to see how we use the system on a daily basis with our physical therapy clients.

Over the years, the Capitals went on to become one of the least injured teams in the NHL. With fewer musculoskeletal injuries, their best players got to spend more time on the ice. This translated into more wins, baby!

Let me be clear:  I'm not saying that what we taught them was the only thing the Capitals added or changed in their training programs to help reduce injuries and enhance performance. It was simply one of many tools in their toolbox.

Fast forward to 2016. Right down the road, the Washington Nationals baseball team caught wind of the Caps success and wanted to know what they were doing. When the strength coach mentioned us, the next thing we knew the Nats were calling to come visit us in Princeton.

At that time, the Nats were one of the most injured teams in MLB. They were steadfast on changing that statistic, as they hired a PT from Leeds United Soccer Club in the UK to help them solve their injury problem. This PT knew that when soccer players had better control of their pelvis they performed better and got injured less. He brought that same philosophy to the Nats. And, when combining his pelvic strength training program with what we were teaching him on the Redcord, he exclaimed, “This is the missing link!”

I went on to train the entire medical and athletic staff at the Nationals, from the minor league up to the major league. During this training, I cited a study performed at the University of Virginia (Dannelly, et al, 2011) that looked at the best way to improve both strength and function in active females. The study basically showed that when combining conventional strength training methods (weights, machines, etc.) with whole-body suspension movements on the Redcord, you not only get stronger but you also improve function, as measured by the Y balance test.

The Nats took this approach and ran with it. By the 2018 season they ended up being one of the least injured teams in MLB. They continued their streak and won it all in 2019.

Again, I’m not giving us all the credit, but there is a link between these two teams. Conventional training methods alone were just not enough, as indicated by the high rate of injuries among both clubs. The stakes are extremely high in professional sports, and it doesn't do any good when the most expensive players are sitting on the bench due to injuries. The more those great players are out on the field or ice, the greater your chances are to win. And winning is exactly what the Caps and Nats did!

Check out our previous blog article explaining in more detail some of the exercises the Washington Capitals are doing to help keep their players injury free. 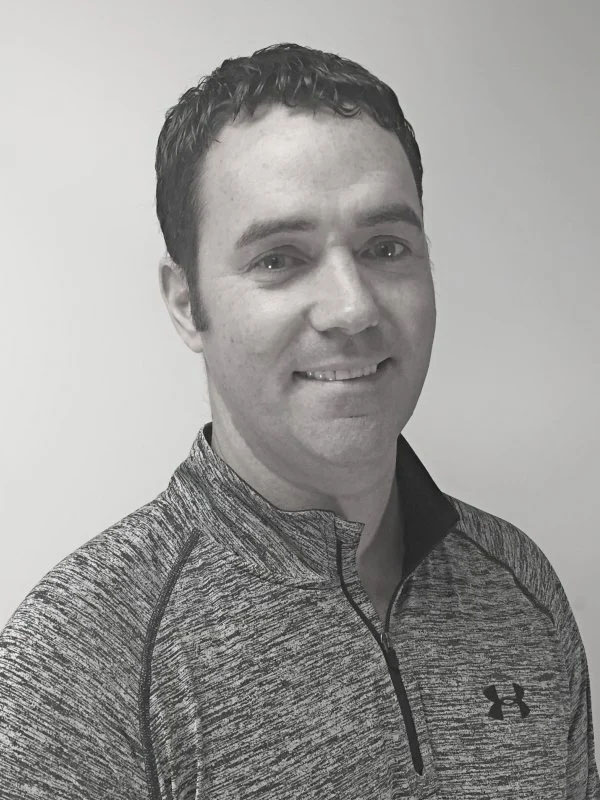 Co-Founder | Physical Therapist
Tyler is a 20+ year experienced physical therapist and co-founder at Activcore. He practices in Princeton, New Jersey, just 2 miles from Princeton University. Growing up as a baseball pitcher and all-around athlete, Tyler specializes in helping competitive baseball players and weekend athletes recover from injury and return to their sport and active, pain-free lives.
Read more

Let me start right off by saying that I’m not one to call attention to myself, or to toot my own horn. In fact, I've been known to not even tell my co-workers that it’s my birthday. This should give you an idea of how difficult it is for me to write about one of the best kept secrets in professional sports.

Being injured all of the time is not normal. If you're an athlete, it doesn't necessarily mean you will be frequently injured or in pain. Yes, sports do increase your odds of getting hurt, but they don't guarantee it. In fact, I played basketball and baseball throughout my life and I remember less than a handful of injuries. Of course some of that was simply luck of the draw, but now (as a physical therapist) I realize there's so much more to it.

Why Should Everyone Get Tested in the Ropes?

As a physical therapist, testing has been ingrained in me since PT school. I learned that the initial evaluation process should involve testing of specific parts of the body, such as the joints, muscles, and nerves. The results of these tests would then play a role in guiding my treatments. Basically it gave me a starting point.

In this podcast episode, Dr. Scott Curtis from the Princeton Spine and Joint Center interviewed me about suspension based physical therapy. We discussed the Redcord suspension system that I use on all of my clients. It comes from Norway and consists of ropes, slings and bungee cords. I enjoyed explaining how we use Redcord to deliver the neuromuscular activation (NEURAC) treatment approach...

A Tale of Two Physical Therapists

When I was in high school, I read the book A Tale of Two Cities by Charles Dickens. I can’t help but compare that story to my journey as a physical therapist. When I looked over my old cliff notes in preparation for writing today’s blog, Dickens came right out the gate in his first paragraph with the theme of duality...

The evidence for treating musculoskeletal pain has remained consistent over the years. It supports two basic aspects of physical therapy: to move your joints and to understand pain science. So why, early on in my career, was it so hard for me to successfully treat patients in pain?

Physical Therapy Doesn’t Have to be Painful!

In my previous blog, I explained the science behind musculoskeletal pain and how Suspension Based Physical Therapy is my secret weapon to overcome it. Today I’m going to discuss the most important aspect of suspension: creating a pain-free environment for optimal healing.